Peppers have quite a well-deserved reputation for being very hot, but some of the hottest peppers in the world take it to new levels. 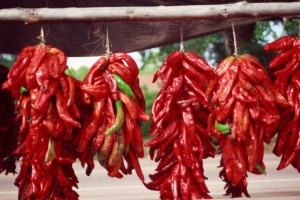 The Naga Viper was the official Guinness World Record Holder for being the hottest pepper in the world until February 2011, when it was surpassed by other peppers on this list. The Naga Viper is a hybrid of three peppers and was produced by chili farmer, Gerald Fowler, of The Chili Pepper Company based out of California. Because it is a hybrid pepper, there is no way to guarantee that you will get the same pepper every time, however, farmers are working on a way to stabilize the variety. The Naga Viper has a SHU of 1,349,000 which lands it at number four on our list of the hottest peppers in the world.

Much like the Naga Viper, there was a point when the Trinidad Scorpion Butch T held the title in the Guinness World Record for the hottest pepper in the world. It was developed by Butch Taylor, who is the owner of Zydeco farms in Mississippi. Taylor claims that the secret to developing one of the hottest peppers in the world is to fertilize the soil with liquid runoff from a worm farm. The Butch T is so hot that in order to cook with it, the pepper’s creators had to wear chemical masks and body suits. They reported pain in their hands for up to two days afterward. The Butch T definitely qualifies as one of the hottest peppers in the world with a SHU of 1,463,700.

The 7-Pod Douglah was never awarded the official title of the world’s hottest pepper by the Guinness World Records, but there is no denying a lot of heat is packed into this one little pepper. The Douglah is a very commonly grown. There are a ton of different varieties, spanning from the “Chocolate Douglah”, which tastes nothing like chocolate, to the red and green Douglahs. However, the 7-Pod is recognized as the hottest of the Douglahs. The word Douglah came from Trinidad and it refers to the darker complexion of the peppers. Ranking in at 1,853,936 SHU, the 7-Pod Douglah is without a doubt one of the hottest peppers in the world.

If you want to try any of these peppers, you can either find the seeds or the peppers themselves online. We encourage you to exercise extreme caution. Although those peppers may look normal, they pack quite a punch. If you aren’t daring enough to try one of the hottest peppers in the world, we don’t blame you. Casa Blanca Mexican Restaurant will gladly serve you peppers that won’t make you feel like your mouth is on fire In fact, we can make our traditional Mexican food as spicy or as mild as you would like. Visit one of our locations in Andover, North Andover, or North Billerica, Massachusetts to learn more!

What is the hottest pepper you’ve ever tried?