Christmas in Mexico is arguably one of the best and longest of Christmas celebrations throughout the world. The Christmas season lasts from December 3rd to January 6th, and includes a number of feasts and festivities.  Whether you are of Mexican heritage, or just want to add some Mexican spice to your holidays, the following recipes should be a central part of your traditional Mexican Christmas menu. 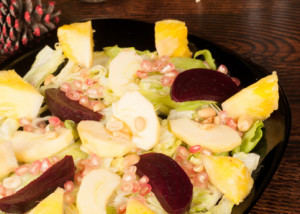 This salad is created with a variety of native fruits and vegetables, so you are free to be creative when making this dish. The two ingredients that are always consistent are the beets and the lettuce. This salad will also typically include pineapple, jicama, orange, peanuts, and pomegranate seeds. The dressing is a simple combination of oil and vinegar and a dash of lime juice. 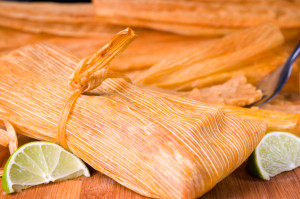 Tamales are a time-consuming food to make, which is why they are saved for special occasions such as Christmas. In Mexico, tamales will be cooked in large batches so that the leftovers may be eaten long after Christmas is over. Tamales are made by wrapping masa dough and pork or beef in corn husks and then steamed. You can find the recipe here. 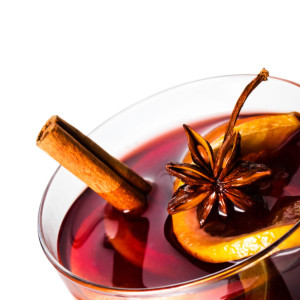 This hot punch will warm up both your body and soul. First, boil water, cinnamon sticks, cloves, tamarind, and tejocote. Simmer for about ten minutes. Then, add your favorite fruits. Commonly used are apples, pears, guavas, and oranges. If you are making it into adult punch, add a bit of brandy to the mixture. 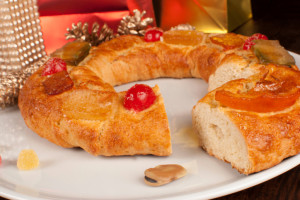 This bread is traditionally served on the final day of the Mexican Christmas season, The Epiphany, on January 6th. It represents the gifts of the three wise men, as it is adorned with “jewels” made from fruit. A small figurine or bean is usually baked inside of the bread, and the person who finds it is supposed to throw a party on February 2nd. You can find the recipe here.

Now you know some of the elements that make up a traditional Mexican Christmas meal. If you love authentic Mexican food, you should consider stopping by one of Casa Blanca Mexican Restaurant’s locations in Massachusetts. We are committed to providing quality Mexican food in a family-friendly atmosphere. Visit us today!

Can you think of some other Mexican dishes that are traditionally served on Christmas?