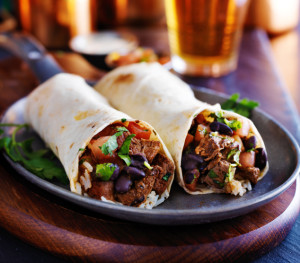 There is nothing like some good ol’ Tex-Mex. Many foods that we come to think of as “Mexican” actually have a lot of American influence. Like any good family recipe, everyone is just aching to put their own personal spin on it. The same can be said for Mexican food in the U.S!

How Tex- Mex Got Its Start

As Texans began to develop an affinity for what would become known as Tex-Mex, traditional Mexican food vendors began catering to the Texan’s interests in an effort to expand their market and to appeal to a wider audience. This involvement helped Tex-Mex thrive, and before you knew it, “Mexican” cuisine was ingrained deeply into American culture.

The Differences Between Tex-Mex and Traditional Mexican Dishes

While the term “Tex-Mex” was coined in the 1940s, it wasn’t until the 1970s that food writers began examining the differences between traditional Mexican dishes and Mexican-American dishes. Up until this point, most Americans didn’t know what the “Mexican” dishes they were eating were actually an American adaptation of Mexican cuisine. So what are the differences?

Beef and wheat flour: When Texan settlers began bringing Mexican cuisine into their homes, they added ingredients such as beef and wheat flour to the dishes, two ingredients that weren’t terribly popular in Mexico at the time. These slight adaptations paved the way for the creation of Tex-Mex as we know it.

Forget the cheese and the black beans: Cheese and black beans are used frequently in American Mexican food, while these foods are rarely found in Mexican cuisine. Other ingredients such as cheddar cheese, canned tomatoes, and cumin are not included in traditional Mexican dishes, although they are much more common north of the border.

So What is Mexican Food?

Traditional Mexican food, made south of the Mexican border varies regionally, and is impossible to categorize. Cuisines will vary depending on the resources of a given area, the traditions of the people living there, and the cultural history of the region.

If you are interested in learning more about traditional Mexican cuisine and Tex-Mex adaptations of Mexican dishes, be sure to visit our blog. Or, if you are more interested in eating food than learning about it, come by any one of our Casa Blanca Mexican Restaurant locations in Andover, North Andover, Haverhill, and North Billerica, MA.